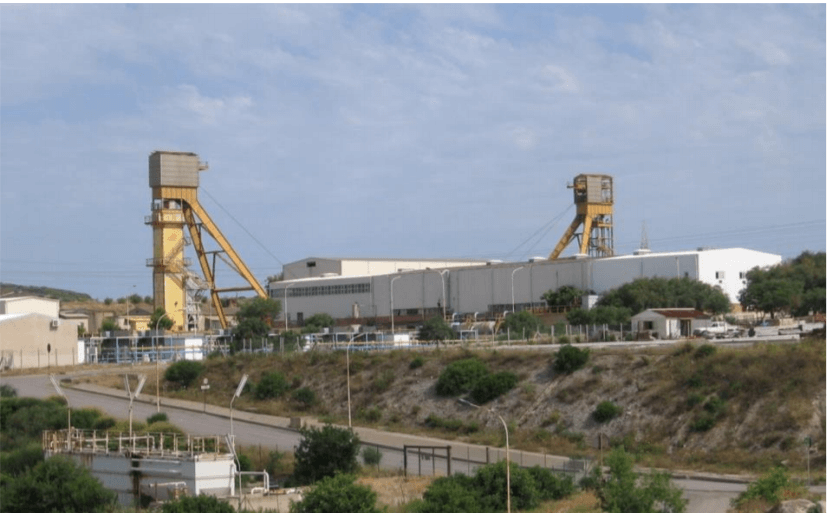 The mining hub of Sulcis, situated in the South East of Sardinia, between the provinces of Carbonia and Iglesias, represented for many years, the biggest mining district of Italy having the most important mining production for lead, zinc, and coal. The mining activity has been started in the 1720 under the rulling time of Sabaudo government, but it is on 1850, with private company called Monteponi, that the mining activities reached the mass production involving more than 1500 workers, becoming one of the most strategic industrial hub of the country.

Today this mining district stopped the extracting activities and it is under a strong reconversion phase involving research and experimental projects such as “Cryogenic Distillation”, “Energy Storage”, etc..

One of the most important system improvements is the mining water dewatering of the Nuraxi Figus mining from level -400 to the surface; this water at ground is feeding the fire- fighting tanks of the mining plant and partially the drinking water distribution system of the close municipalities.

This pumping system, in order to grant the proper dewatering of all mining areas, needs to deliver at surface about 4.000m 3 /day of water. The old pumping system was delivering the said flow of water by two re-launching pumping stations, the first placed at the mining bottom level at the altitude of – 397m, with tow pumps model WKF 150/3, while at the second re- launching station was placed at the level of -150m of altitude, with two pumps model WKF 150/3. Please see here the overall system drawing with the said old design. This old system was in the needs of 4 pumps units to be properly controlled in the intermediate tanks, having a total installed motor power of 2.240KW, with heavy maintenance costs for the said 4 pumps. 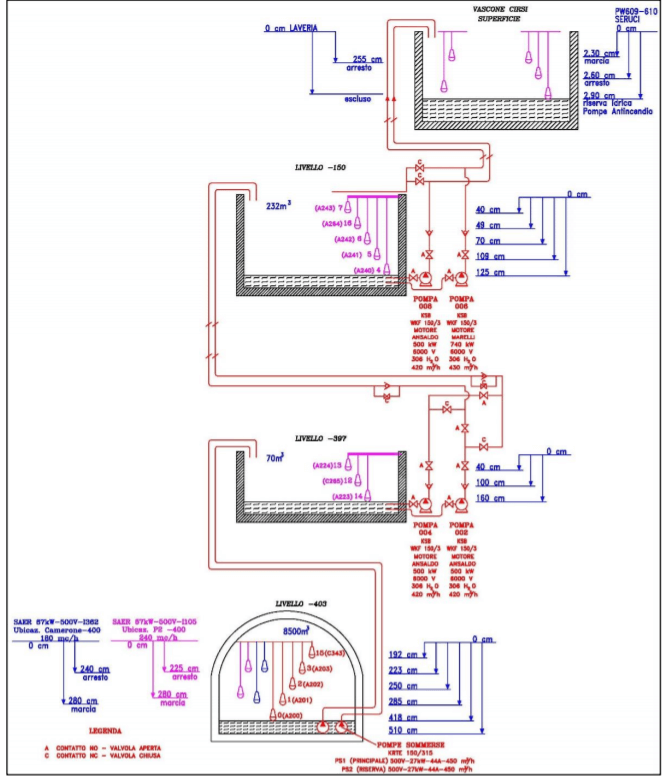 Marly has provided the first pumping unit made of a multistage horizontal type model HPR125/5, coupled with an electric motor of 780Kw middle voltage supply, which will be driven by “Soft-Start” starting unit in order to optimize the absorbed current and sensibly reduce the “water-hammer” effects to the rising delivery pipes. This first pump has been placed at the bottom of the collecting tank at the altitude of -397m, with the scope to deliver the water directly to the surface tank called “CIRSI” without the need of any re-launching pumping station. The above has been made thanks to the re-utilization of the existing piping with some minor adjustment.

The main nominal performance of the Marly pump that allow deleting the intermediate re- launching station are as follow: 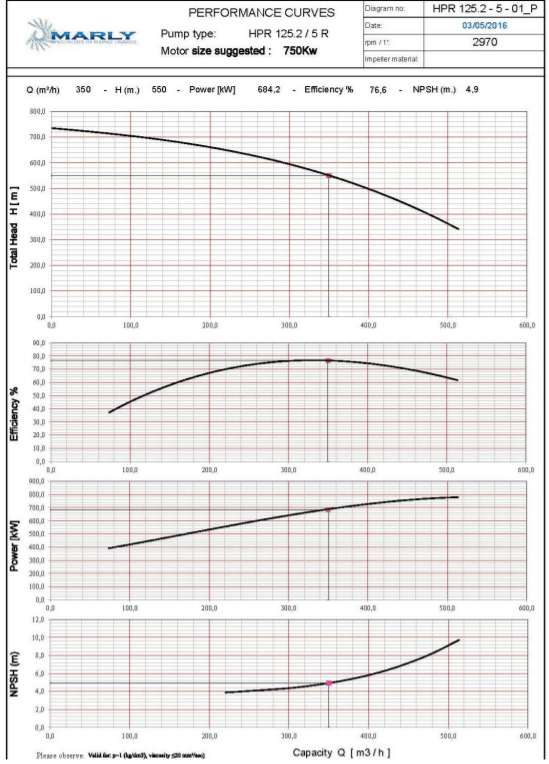 The pump materials are customized according the special chemical components of the
water, therefore the usage of special bronze type “G-Cu-Al9-Fe3-UNI5273-CC3314” for all impellers and diffusers, was needed, in order to grant a long working life of the pump.
Please see here following the sectional drawing and the materials table details. 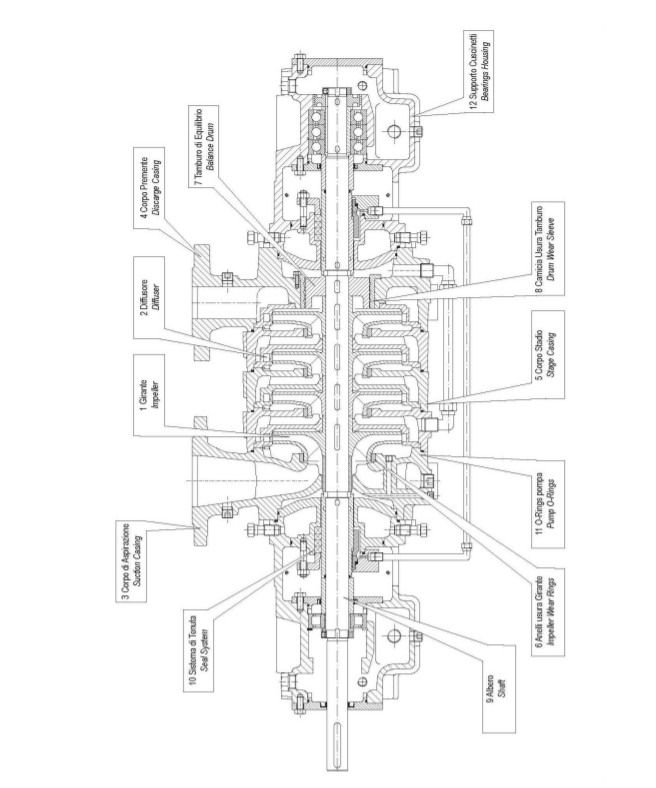 A second pumping unit model Marly HPR125/5 coupled with 750 KW motor, will completely replace the two couples of WKF pumps used in the previous system.
Here following are given the main power consumption figures obtained by adopting the mentioned Marly pump, which allowed an drainage system optimization by reducing the consumed power of about 25%, as following detailed.

Energy saving calculation
During the last actual measurement of the consumed power of the old system, conducted on 2014, the recorded data were as follow:
– Water quantity delivered: 3.169.910 m 3 /year
– Electric Energy Consumed : 3.750.975 Kwh
– Saving electric energy recorded during the 2018, last four months’ time (with Marly pump in operation) compared with the same period on 2017 is 27,33%
– The saved KWh during the full equivalent year of operation is : 1.025.141 KWh/Year

Here following are shown some pictures related to the key phases for the Marly HPR125/5 pump assembling, pump installation and commissioning. 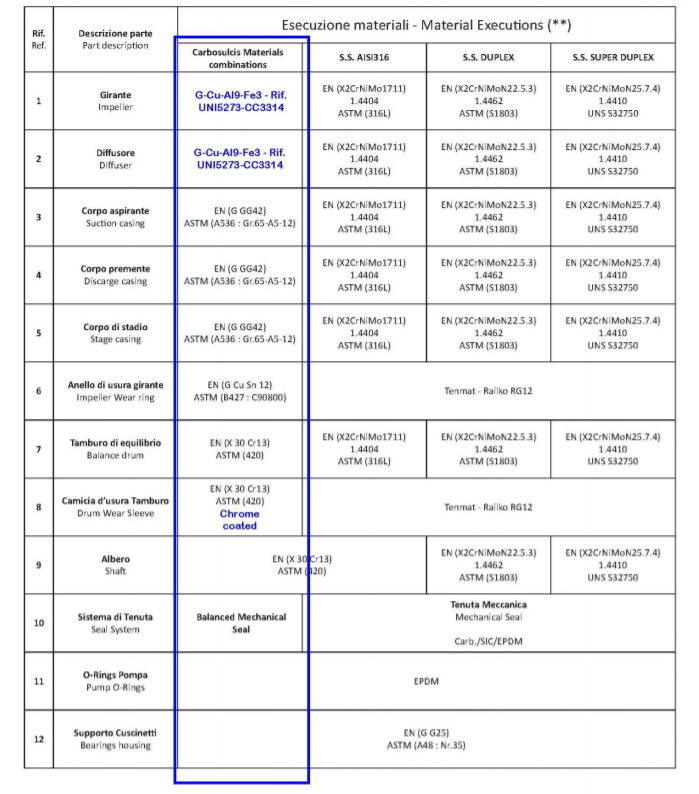 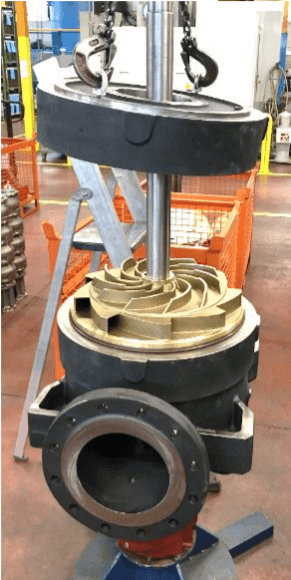 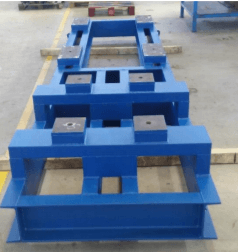 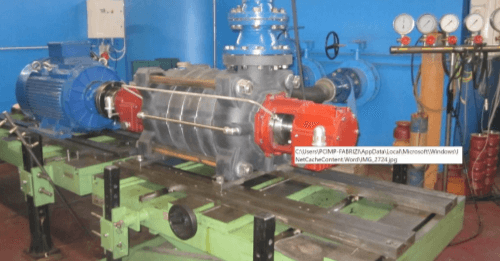 Pump-Motor assembling over the basement: 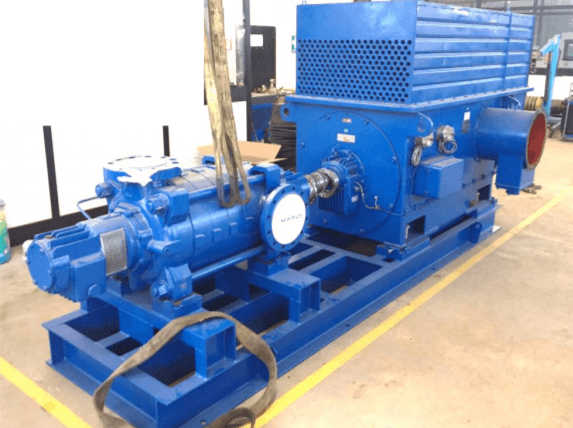